When I decided to start exercising consistently 10 years ago, this is what actually happened:

I tried “getting motivated.” It worked sometimes.
I tried setting audacious big goals. I almost always failed them.
I tried to make changes last. They didn’t.
Like most people who try to change and fail, I assumed that I was the problem. Then one afternoon—after another failed attempt to get motivated to exercise—I (accidentally) started my first mini habit. I initially committed to do one push-up, and it turned into a full workout. I was shocked. This “stupid idea” wasn’t supposed to work. I was shocked again when my success with this strategy continued for months (and to this day).

I had to consider that maybe I wasn’t the problem in those 10 years of mediocre results. Maybe it was my prior strategies that were ineffective, despite being oft-repeated as “the way to change” in countless books and blogs.

Is There A Scientific Explanation For This?
As I sought understanding, I found a plethora of scientific studies that had answers, with nobody to interpret them correctly. Based on the science–which you’ll find peppered throughout Mini Habits–we’ve been doing it all wrong.

You can succeed without the guilt, intimidation, and repeated failure associated with such strategies as “getting motivated,” New Year’s Resolutions, or even “just doing it.” In fact, you need to stop using those strategies if they aren’t giving you great results. They don’t work because they all require you to fight against your subconscious brain (a fight not easily won). It’s only when you start playing by your brain’s rules and taking your human limitations seriously–as mini habits show you how to do–that you can achieve lasting change.

What’s A Mini Habit?
A mini habit is a very small positive behavior that you force yourself to do every day; its “too small to fail” nature makes it weightless, deceptively powerful, and a superior habit-building strategy. You will have no choice but to believe in yourself when you’re always moving forward. The barrier to the first step is so low that even depressed or “stuck” people can find early success and begin to reverse their lives right away. And if you think one push-up a day is too small to matter, I’ve got one heck of a story for you!

I’ve used the Mini Habits strategy to get into the best shape of my life, read 10x more books, and write 4x as many words. It started from requiring one push-up from myself every day. How ridiculous is that? Not so ridiculous when you consider the science of the brain, habits, and willpower. The Mini Habits system works because it’s how our brains are designed to change.

I relished the opportunity to share this life-changing strategy with the world. I loved writing Mini Habits. Read it now and discover how smaller habits can bring bigger results. 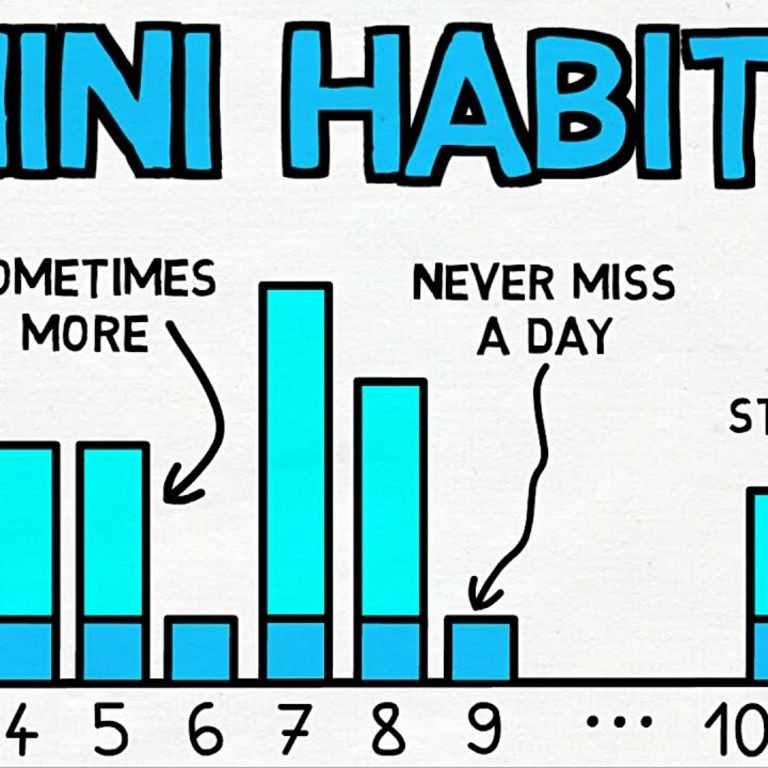